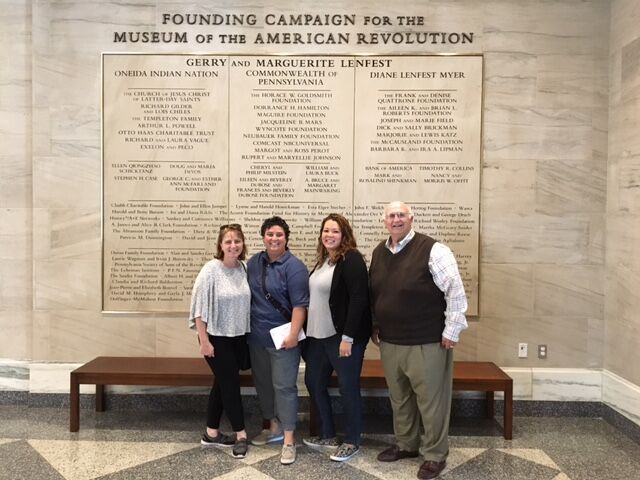 It all began in 1971 when Paul E. Cooper graduated from the American Academy-McAllister Institute of Mortuary Science School. He first began his intern days at Levine Funeral Home in Philadelphia. From there, Paul worked at Foster's Funeral Home in Collingswood, NJ and Gardner Funeral Home in Runnemede, NJ.
Read more

He spent the next 10 years working with the Gardner family, and in 1979 Paul decided he wanted to go out on his own. With a wing and a prayer, Paul and Joanne Cooper opened Cooper Burial Vault Co. They became a distributor of Belmont Wilbert Vault Company out of Philadelphia until 1981 when Belmont Wilbert went out of business and opened their first manufacturing plant in Barrington, NJ. Wilbert Inc. asked Paul if he would be interested in buying the Belmont Wilbert franchise license. With two kids and a newborn at home, Paul made the decision of a lifetime - to purchase Belmont Wilbert. Paul knew his decision could have gone one of two ways - he could end up losing his home or he could be a success. Fortunately, with hard work, determination, and much support from friends and family, Paul and Joanne have been able to achieve their dreams.

Cooper Vault Company acquired the Delaware territory much like the New Jersey/Pennsylvania territory. They had several distributors helping with the distribution of Wilbert products. When Paul and Joanne originally bought the Belmont Wilbert franchise license in 1981, they acquired not only Southern New Jersey and Philadelphia but New Castle County as well. It wasn't until 1993 that Paul and Joanne purchased the franchise license from Eastern Shore Wilbert and expanded their territory to cover the rest of the state of Delaware and the Eastern Shore of Maryland. During that time they decided to build a second location for manufacturing and distribution in Middletown, DE. They have since added a third distribution location in Selbyville, DE.

In the beginning Cooper Vault Company had only two employees, Paul E. Cooper running the day-to-day operations of the business and his wife Joanne handling all the accounting out of their home. Since then, two of their daughters, Faith and Beth Cooper, have joined the business to carry on the family tradition. Today, the Cooper Vault team is comprised of over thirty-five employees who work long, hard hours and help make us who we are by representing our company with the utmost of professionalism. We have also established Cooper Monument Co. and P & J Cooper Supply Co. Our goal and mission throughout our history has been to provide superior burial service and a quality product (including burial vaults and cremation urns) - we work hard each and every day to fulfill that mission.

Contact us to learn more about Wilbert funeral services or to request a schedule of the upcoming continuing education classes for funeral professionals. 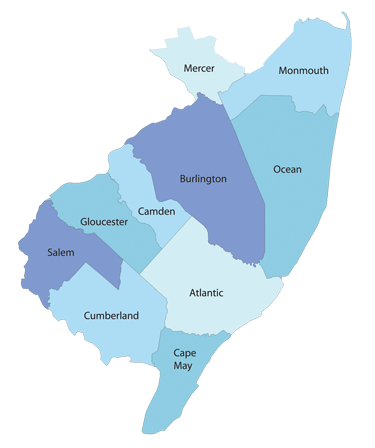 A 15x15 tent is available to be set up by our staff at the gravesite for funeral services. The tents cover the burial area and provide a comfortable place for families to gather during the funeral.

Nameplates give burial vaults a personalized touch. They are a standard feature of our Monticello burial vaults and above. Nameplate includes the name of the deceased and the birth and death dates.

Wilbert Burial Vault provides grave digging & disinterment services. Wilbert is fully equipped with "track hoe" tractors which significantly reduce the amount of time needed to prepare a grave. The grave digging service includes the opening and closing of the grave. Wilbert also provides a hand-dug grave service at a premium. If it becomes necessary to move a vault from one location to another, Wilbert can assist with these services. We handle everything from locating the vault to relocating the vault to a new location.

Wilbert Burial Vault is able to supply grave digging, along with lawn crypts, bulk burial vaults and concrete outer burial containers for cemeteries use. Please contact us for further information.

When a hero falls, Wilbert is there.

Our “Commemorating First Responders” program provides families of firefighters, law enforcement officers and emergency medical personnel who have died in the line of duty with a tribute worthy of their valor and sacrifice.

At no charge to the family, Wilbert and our licensees donate a customized Wilbert Stainless Steel Triune® burial vault. If the choice is cremation, we offer a selection of four urns, as well as a Stainless Steel Triune urn vault for memorial tribute. If permitted, a WilbertWay® graveside service may also be included.

Join us as we help families honor heroic lives, sacrificed in valiant service to neighbor and community.

WILBERT FUNERAL SERVICES in Chicago (corporate HQ) has awarded Cooper Vault with "Ultimate Service Provider" for the tenth year in a row.